I have been in search of diversion since July of last year, if not longer. Considering that 2017 already looks like a year I’d rather skip altogether, I think I’ll just continue trying to secure a little more diversion – this time in color.

When we left Ureki (See Georgia Road Trip, Part 8), it was with some regret. Harun and I may not be what you’d call “beach people”, but we are certainly “coastal people” (heck, we’re even “bicoastal”: alternating between the west of Turkey and the east of the US), and there we were, about to head inland.

The entrance to the Prometheus cave is rather  unassuming, and I imagine that it was discovered in the same way that many of the underground cities in Cappadocia were discovered – i.e., a farmer out in his field spies a crack, digs it open a bit, and: “surprise”!

Like the underground cities in Turkey, the Prometheus cave is now a national park site. Unlike the underground cities, you can only see the caves as part of a tour – a 2-km underground walking tour. For a little extra dosh, you are supposedly able to make part of that tour by boat, or so I had read, but the boat tours require a certain amount of water that was lacking while we there – the hottest and driest part of the summer – which is also the perfect time to spend some time in a cave.

(A literal cave. As far as figurative caves go, from now until 2020 sounds all too appealing.)

And now for your visual entertainment, may I introduce…

The Caves of Kutaisi 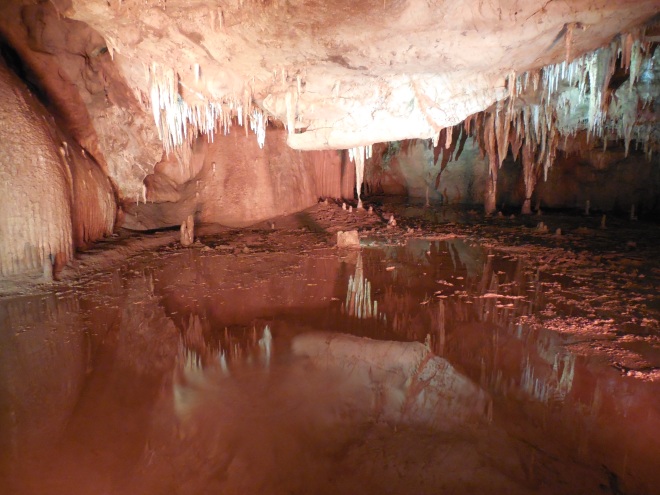 Filled with ups and downs… 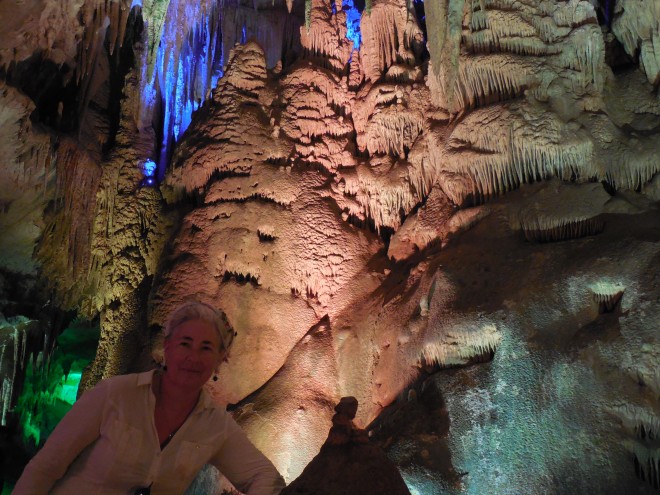 And some less subtle lighting… 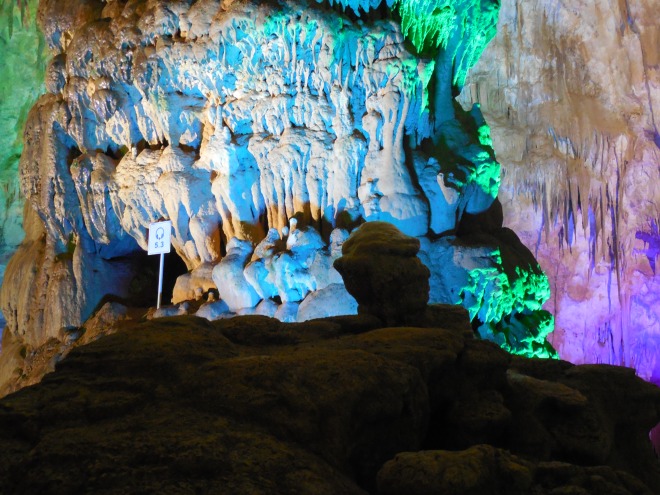 (For the lowdown on all things cavey, you can check out the website of the  Georgia National Parks Service. And FYI (given, I believe, that Georgia is relatively new to capitalism in general and tourism in particular), the park officials will let you camp out overnight within a stone’s throw of the ticket booth and the WC, as long as you wait until the official closing time to pitch your tent. Not taking them up on their offer was only our second-worst decision regarding accommodations in the Republic of Georgia. For our worst decision, stay tuned for Part 10 of the Georgia Road Trip.

I hope you enjoy reading something that I can assure you is lighter and more uplifting than the current international bestseller, “Woe to Us: How I Learned to Survive the Elections and Love The Donald”….

To pick up the nearly lost thread of my Georgian Road Trip saga, I’d like to point out that the best thing I did before Harun and I hit the road for our marathon trek around Turkey and across the border to the northeast was to find this web site for what I guess is the Georgia National Parks Service. The site is a bit unwieldy, but that’s because it’s got so much information- places to stay, caves to explore, valleys to traverse…

Basically, I was looking for camping spots in the mountains, near the water and to the southeast of Tbilisi. It was up in the air as to whether or not we were going to make it as far as Tbilisi – if we could find enough to interest us without going so far afield, then we would avoid Tbilisi, even though it is the capital and even though we’d heard it was more interesting and less expensive than Batumi, which we had been told to avoid as being a typical “border town” – a sort of Georgian Tijuana, I suppose.

After studying the great Georgia National Parks Service website for clues to some kind of an itinerary, I came up with 2 possible first stops: either Mitrala National Park, or Kobuleti. The 4-hour wait on the Georgian side of the border while Harun was being alternately grilled and stalled by the Turkish border police (who I suppose were being extra careful because of “fleeing attempted-coup perpetrators”) decided it for me: Kobuleti.

There were two main reasons for this:

In fact, as it turned out, Kobuleti was a big enough place (in the Georgian scheme of things) that the road signs marking the way to Kobuleti actually said ‘Kobuleti’ in addition to ‘ქობულეთი’ – which was rather helpful, indeed. What was rather less helpful was that, as we soon found out, the poor road conditions in Georgia were equally matched by poor road signs.

Please note that this does not necessarily mean there are no road signs; in fact, as we made our way down the (I must say, in this instance, well-paved) road to ‘Batumi -ბათუმი’, we began to see many signs for’ქობულეთი – Kobuleti. Unfortunately, none of signs appeared to be indicating anything that looked remotely like something that could be the road to ‘ქობულეთი – Kobuleti’ – which should have been the main road running up the Georgian Black Sea coastline – either because the signs had no arrows to point to a road, or because the arrows pointed to place where there were no roads. At least not that I could decipher.

(By the way: Harun is The Driver, I’m The Navigator. I’m always The Navigator. It’s my job. It’s been my job ever since I was old enough to read a map, because like Harun, my dad was always The Driver, and if my mom were The Navigator, we could find ourselves driving down the road to somwhere in the middle of Queens, instead of Manhattan, NYC – which for anyone not familiar with New York, would be sort of like finding yourself on the road to someplace in Indiana instead of NYC – not that I am intending here any slur against Indiana, it’s just that Indiana is on my mind today, thanks to a little hasty research on our new US Vice-President Elect… but I digress…).

Under the circumstances, I was able to find one sign that had an arrow that actually did (sort of) point to a road -which – are you surprised by this? – turned out not to be the road to ‘ქობულეთი – Kobuleti’, but to – who knows? – perhaps the Georgian equivalent of Howard Beach (which, by the way, is nothing like Bodrum or Antalya – or Kobuleti).

This is when my visual communication skills came in handy. Before the road took us completely away from any kind of civilization, we found ourselves driving past one solitary individual walking down the side of the road – perhaps the last guy out after locking up one of the darkened, deserted warehouses along what was not the road to Kobuleti. We pulled up alongside him, I offered him a drawing pad and a lead pencil, and in what could have passed for confusion in any language – eyebrows drawn together, hands waving in circles, rising tone on the final syllable: “Kobule-ti?”

In response, we got a reasonable lead-pencil facsimile of a traffic circle or intersection and a long road stretching out – need I say it? – in the opposite direction from where we were heading. “Madloba” – I might have said, had it been a few days later (other than Kobuleti and some other lovely place-names, “thank you” is the only Georgia word I was able to acquire), and thus we headed away from Howard Beach and through the dusty side roads of Batumi back towards the coastal highway and our first stop actually inside Georgia week after we first started out on this Georgia Road Trip.

Perhaps if I knew some Russian, I might have noticed the little cardboard signs tacked up in front of some houses that I later figured out translated into “Room to Let”. As it was, all I could do was tell Harun to “pull over” in front of a shop that was announcing itself as the ‘Istanbul Perdeci’ – or something or other. It really didn’t matter if the place was selling curtains (“perdeler”) or not, what was important was that somebody in there most likely had something to do with Istanbul and thus would most likely: a. speak Turkish and b. be willing to assist non-Georgian-speaking Turkish-speakers in finding a place to lay down their (our) weary bones in Kobuleti.

(Here I must pause to pat myself on the back for my skills as The Navigator, which involve being able to ‘read the cultural landscape’ in addition to being able to read a map.)

In the space of time it takes to make a single phone call, we had a room at the lovely ‘?? Hotel’. The ‘??’ was conveniently located 2 doors down from the Istanbul Perdeci, both of which were on the main road through Kobuleti, which we also learned from Our Man at the Istanbul was just a block away from the beach.

Our Man at the Istanbul also introduced us to a Georgian fast-food-cum-bakery that was conveniently located 2 doors down from the Istanbul Perdeci in the opposite direction of the ‘??’ So, after a little haggling with the proprietors of the ‘??’ – once again using drawing pad and pencil as facilitators – we dumped our bags in a clean and modest room just a block away from the beach and headed out to enjoy our first greasy-doughy-cheesy-Georgian fast-food delights, which we held in our hands and ate as we walked towards the beach in the dark.

To bring this little narrative to a close, I will just say that despite our initial referral to Kobuleti as the Bodrum or Antalya of Georgia, we did not enjoy a beach holiday here. We arrived in the dark, and the next day was clouded over, so we ended up driving back towards Batumi and checking out Mitrala National Park, where, unbeknownst to Harun, I was planning to engage in a little ‘zip-lining’ through the trees. In fact, just as we got up to the start of the ‘zipper’, it began to rain, and so we ended up heading back to the ‘??’ where we had left our bags, and the next morning, we decided to head north out of Kobuleti in search of an even better beach.

I am afraid you will have to wait for the next installment of the Georgia Road Trip to get a glimpse of a Georgian beach – but here are some pics of the beautiful Mitrala National Park on a foggy, rainy day…

Picture 31: Castle on the Way Back to Batumi

(I suppose I could have Photoshopped out the apartment blocs in the background, but then you might not get the sense of how much Georgia and Turkey have in common…)

Picture 32: Castle on the Way Back to Batumi, again 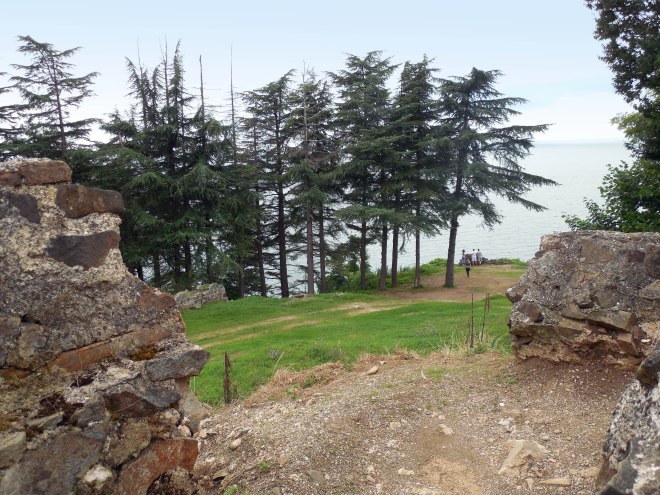 (You will notice the not-bright-blue sky. Just another day on the Black Sea…) 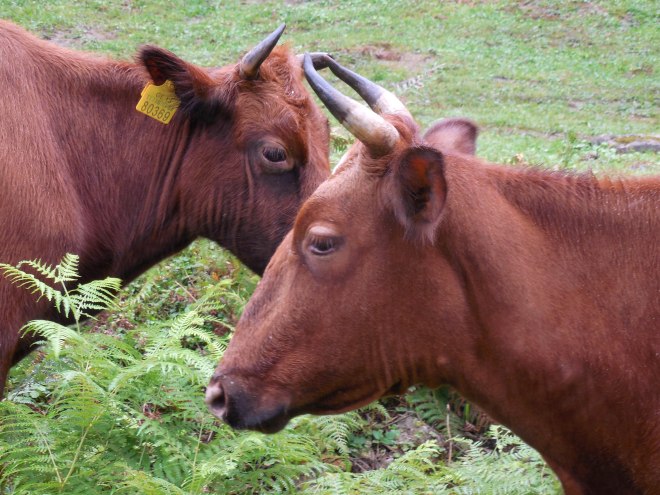 (Cows were a theme on this Road Trip.) 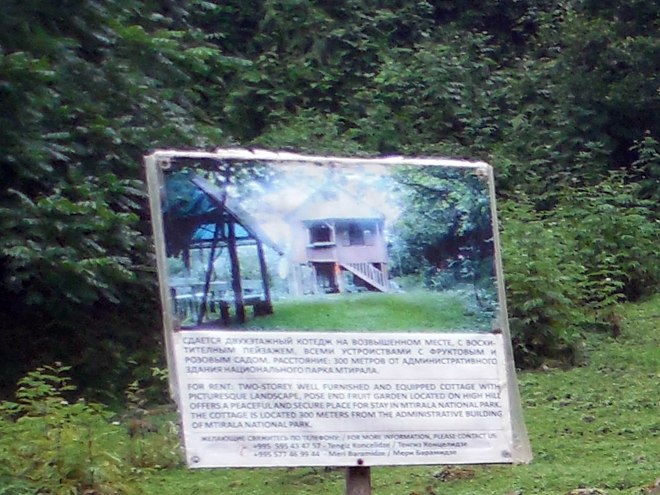 (Had we only known, we might have stayed here. Enlarge and you can read the tel. no…. Just sayin’…) 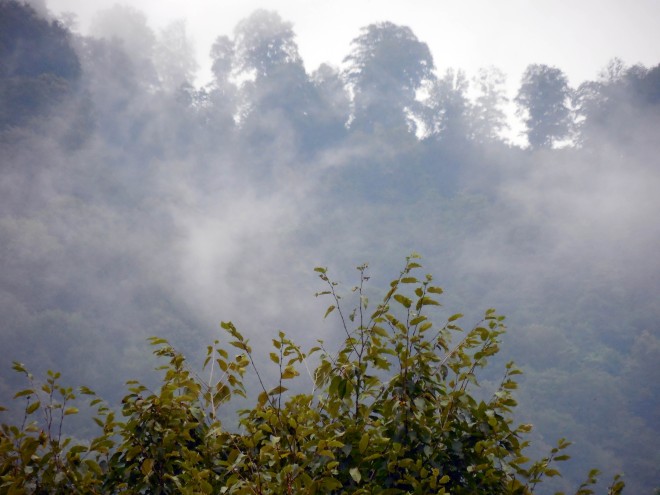 No Photoshop here. But I promise you lots of Photoshopped beaches if you return for the next installment of the Georgia Road Trip… Just sayin’… 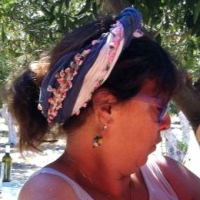