When we moved from Bodrum to Foça last May, I had the task of cleaning out my studio. It hadn’t had a good spring cleaning in around 10 years, and being a natural pack-rat (a  good characteristic for someone who makes collages, but a bad one for someone with a small studio space), I found some things I didn’t even know I had.

One of those things was a series of photographs of an installation I had done while I was at Hacettepe, back in the days before smartphones and wifi, when people still took photographs with cameras that had film and that you could hold in your hands and shuffle around to look at. (Didn’t that used to be fun?)

I am happy to have rediscovered this piece. It was installed in a room/alcove near the entrance to the university’s faculty/grad-student cafeteria. The actual cafeteria was upstairs, but the line to get in was so long that it went all the way down a flight of steps and past my exhibit – so it was as if I had professors and grad students lining up for my exhibit nearly every day!

I have no memory of a title, but I hope that I named it “Calendar Boys”.  At any rate, that’s what I’m calling it now. It consisted of a bed covered in pink plush, with a pink plush pillow, pink plus slippers, and a pink plush-covered book hanging over the bed, which was sitting in the middle of the gallery/alcove that opened on to the “lunch line”.  The back wall was all windows, and on the other two walls I hung 12 framed black-and-white photos (6 on each wall) of classical Greek and Roman statues – all male nudes. 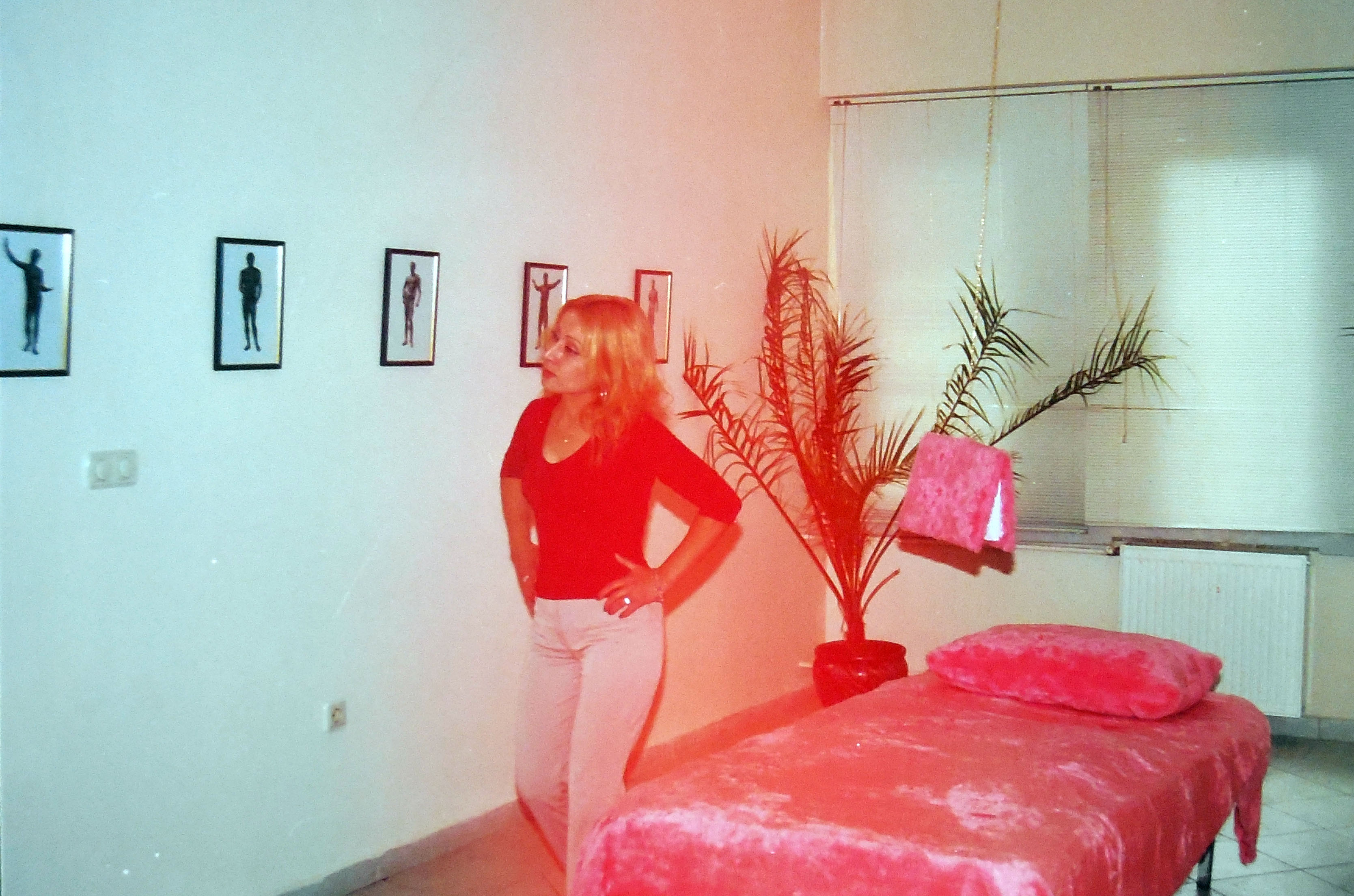 and then to lie down on the bed and look at the pictures in the book.

The pictures in the book were the exact same pictures that were on the walls, except that I had coloured the ones in the book (with a bit of sepia-toned and watercolour photoshopping) to make them look “more realistic”. 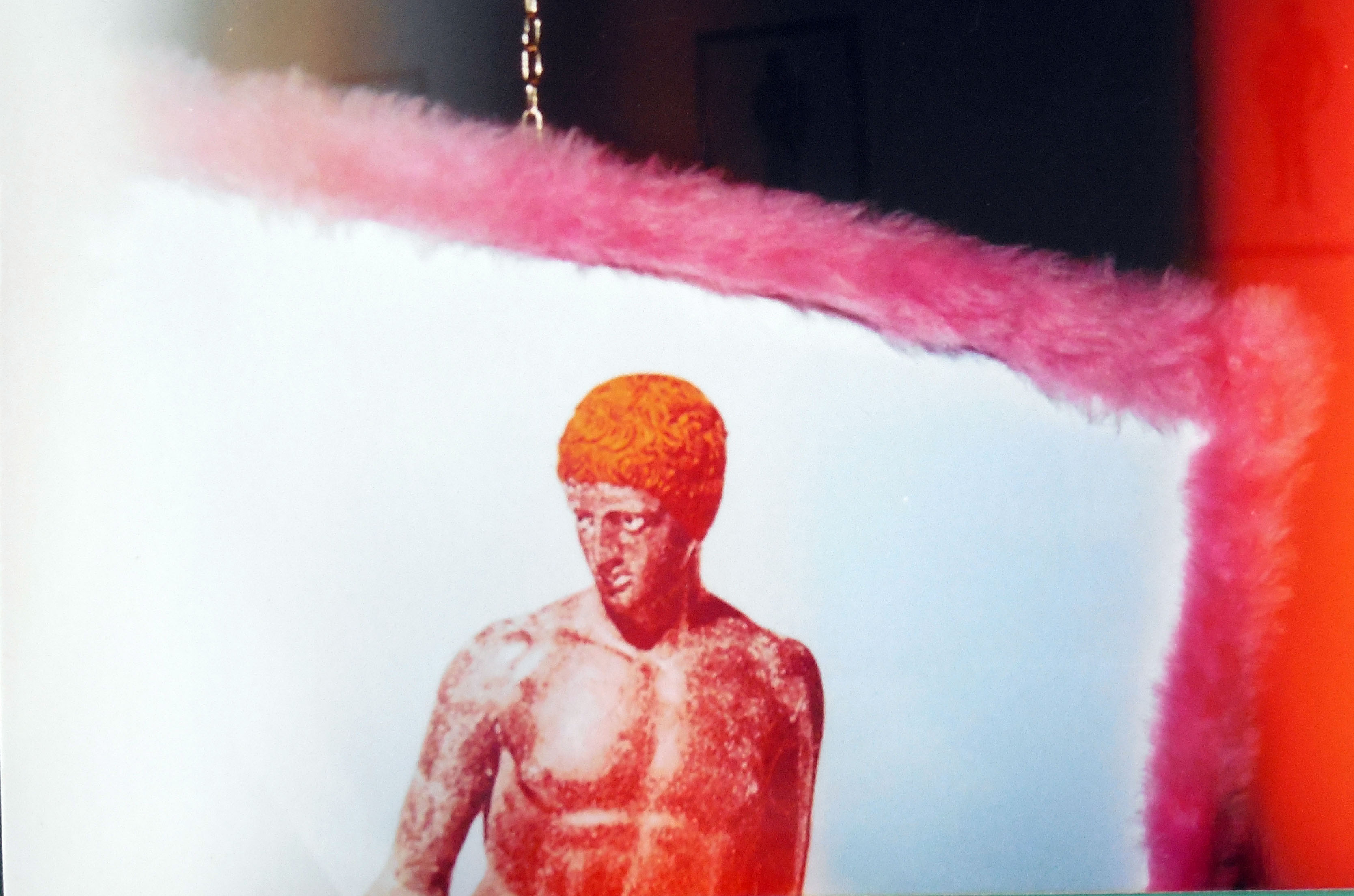 Basically, the book was my version of a “pin-up calendar” – except for women: “Twelve Months, Twelve Naked Men”. 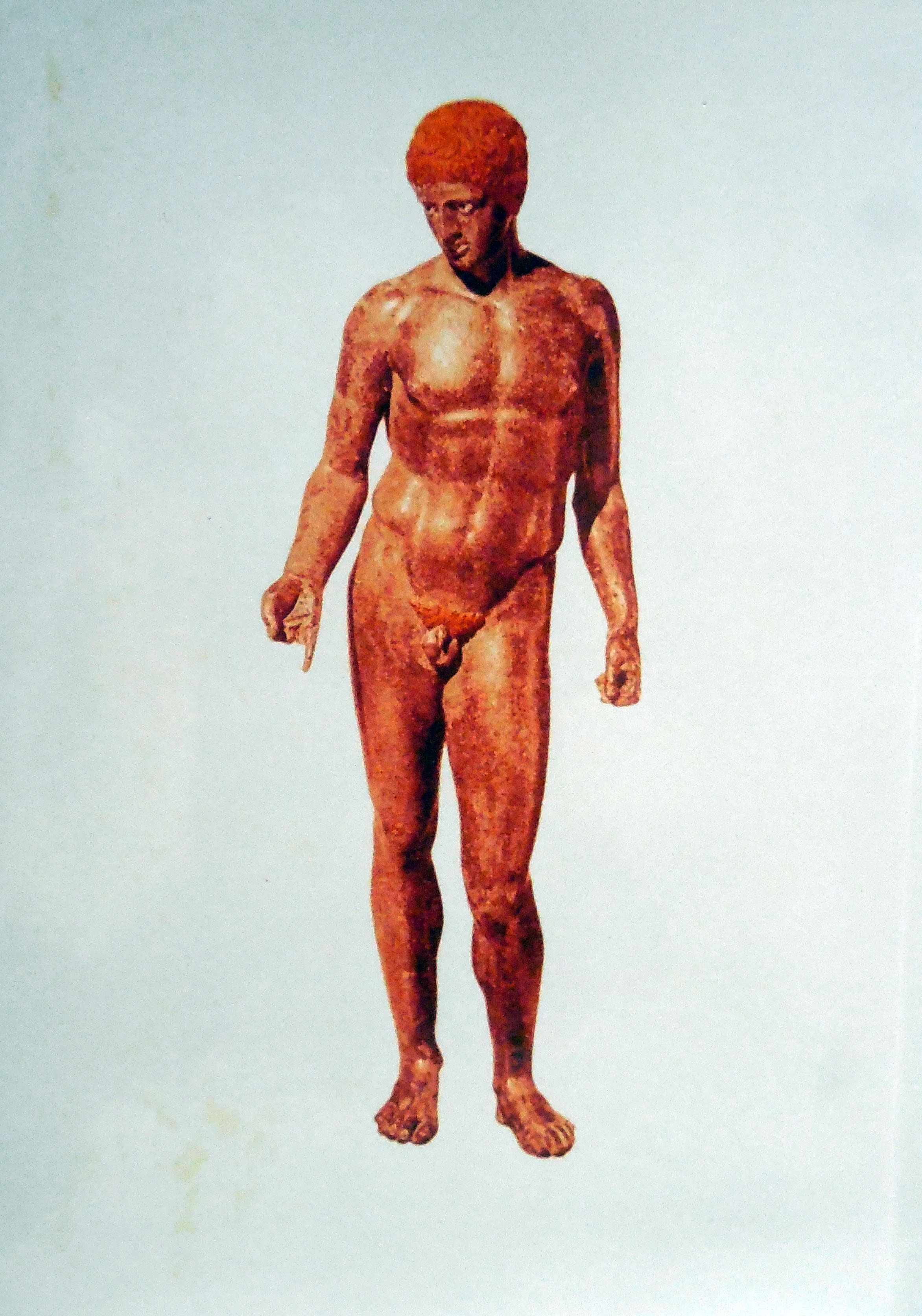 (There are 10 more, but these should be enough for you to get the idea.)

As with most of my work, this installation had more questions than answers.  The ones I started out with were:

After the piece was installed, I had another question:

“Was anyone actually looking at it? And if so, who?”

Since I couldn’t be hanging out unobtrusively in the background every minute of the entire week of the exhibit, that question was going to be hard to answer. Luckily, I was able to get some feedback from the gentleman responsible for managing the activities in the building – who, it turned out, was also very curious about the exhibit, and who was better placed than I was to be able to keep an eye on what was going on in the gallery space (and who was also kind enough to let me take his photograph while he was lying in the pink plush bed, wearing a pair of pink plush slippers, looking at the “Calendar Boys”).

According to my informant (I no longer remember his name), although not so many people were as inclined as he was to enjoy the comforts of pink plush, quite a lot of people – mostly women, and mostly when the lunch line was gone, so there was no one watching – were going up and looking at the pictures on the walls, and then opening up the pink plush book for inspection…. (Note to myself: If I ever recreate this piece, I will have to use a bigger bed, so that the only way to get a hold of that book is to get into bed with it.)