This past summer I started working on a series of drawings about water – more specifically, perhaps, about human beings in and on the water. The drawings are done with oil sticks on shellacked paper (70×70 cm – about 2 sq. ft.), which gives me a slick surface for ‘finger painting’ that dries like regular oil paint, but which requires much less thinner to work with and clean up after, so it is much more environmentally friendly than traditional oil paint, which was also an important factor in my choice of materials.

Instead of sketching, I take photographs to give me an array of images and details, which I use as reference. The process is actually very similar to that of other landscape painters – say, Frederic Church (my hero), for example – who would do charcoal or oil sketches ‘en plain air’ – giving them the opportunity to amass numerous images with different viewpoints and then take them back to the studio, where they would work on larger oil paintings based on their sketches. Photography offers a much quicker technology, which is why I use it – although I also continue to sketch with oil pastels out in the open air, because that requires a different level of observation that is very important to the final works in terms of their emotional content. What I mean is, I want there to be the possibility of a deep, meditative attachment to the finished work, and I think that requires practicing some kind of a deep, meditative attachment in the creation of the work. 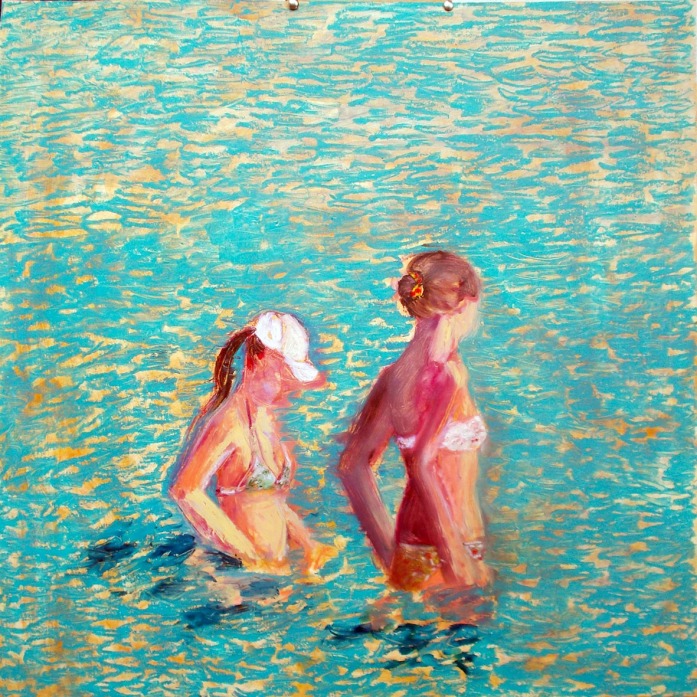 There is also a political undercurrent to the work, although that is only really knowable to someone familiar with the battles over land use going on in Bodrum; namely, the struggle between those who would protect the natural and historical environment of places like Kissebükü, a small cove on the Gulf of Gokova where remains of a Byzantine settlement can be found at the edge of a small beachfront, and those who would destroy it in favor of a 5-star hotel. The battle could also be characterized as a battle between sustainability – the yacht tourism that brings the most income to Bodrum, while doing relatively little environmental damage when compared to more ‘mass tourism’, will remain attractive only as long as there are still places like Kissebükü around the peninsula – and ‘rant’ – which in Bodrum means income earned from constructing hotels and summer housing projects along the once valueless coastline (so worthless, in fact, that when property got divvied up among brothers and sisters, it was the women in the family who got left with the beaches, which were no good for farming…) to which the local residents are then denied access. 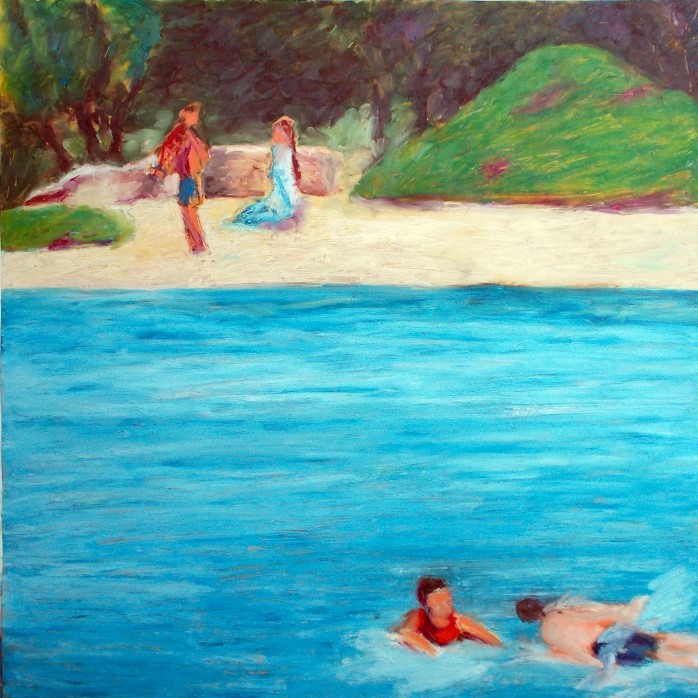 Because my art activity is in line with the seasonal nature of life here in Bodrum – messy and stinky things like oil sticks and shellac and fabric paints and clay get done outside when the weather is warm, while messing with paper collages and digital stuff gets done inside over the winter – it will be a few more months before I can continue this series of paintings. In the meantime, I will be making collages in the ‘indoor part’ of my studio and saving any communion with the water for when I walk into town or maybe a sketch or two sitting on the shore on a cold winter’s day in Bodrum. 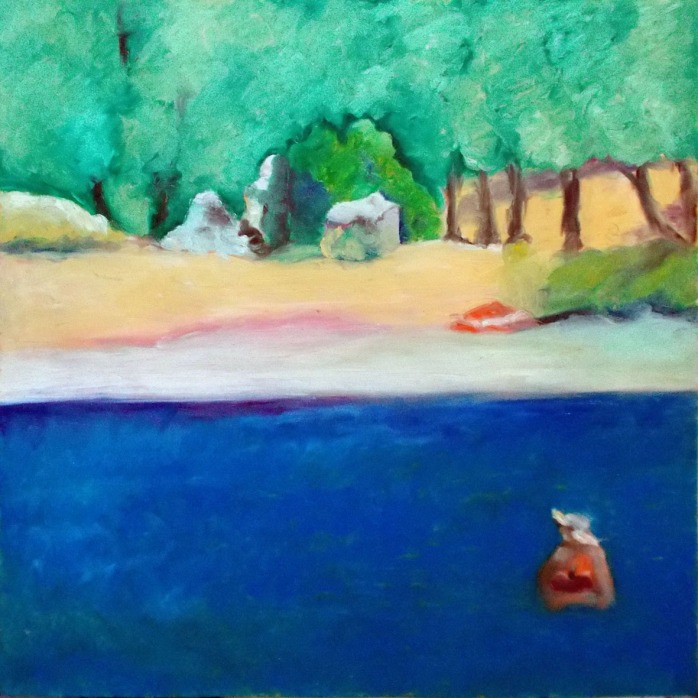 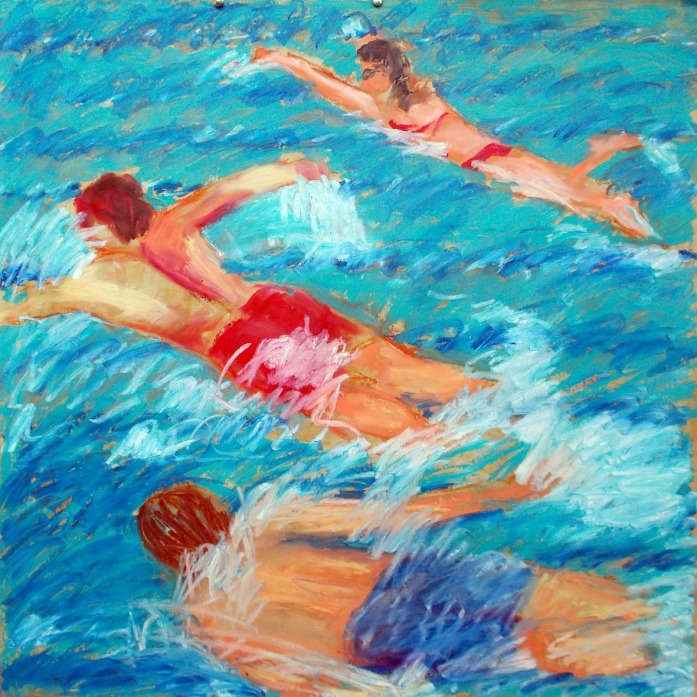 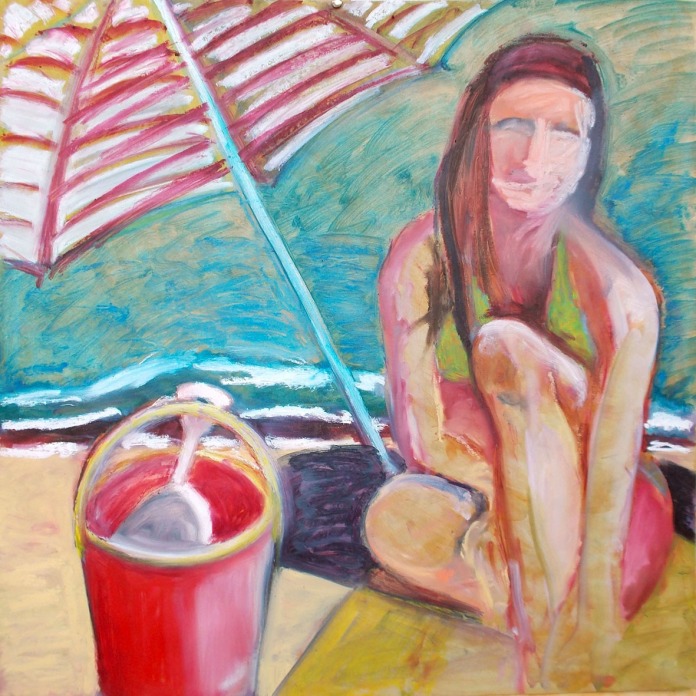 (These next pieces are actually not from the Water series, but like many other of my things, they’re also water paintings. The first 2 are just a bit smaller – about 50x50cm and are on wood – and the next 3 are about 25x25cm and are on paper (those I did sort of on commission for someone using photo-sketches from his boatyard). 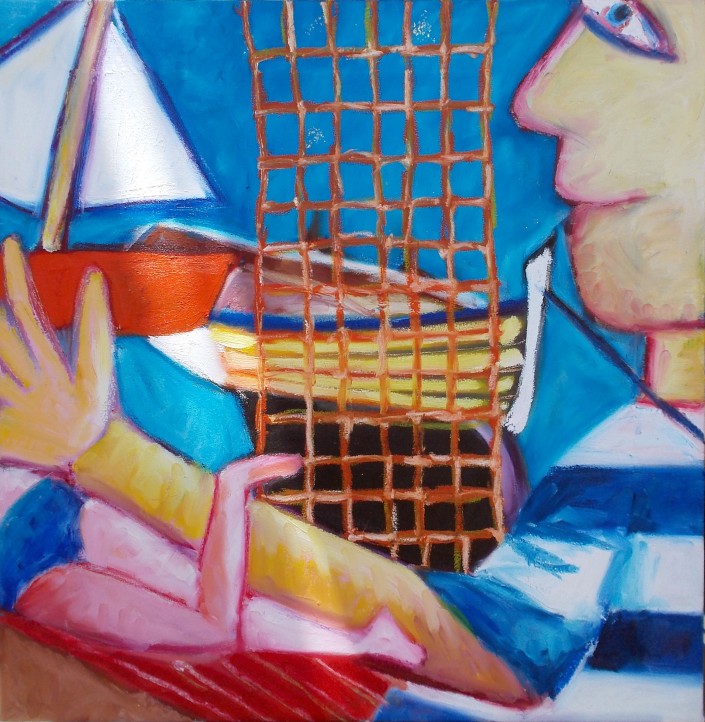